Create My Account
Quick Links
‹ Back to directory
CN

I'm the owner of a commercial recording studio in Houston, Texas

Chance is available for projects.

Born and raised in Deer Park, Texas but currently residing in Cypress where I own a small buisness, Excitable One Industries L.L.C, that I started to help grow the local Houston music scene by providing affordable access to professional recording enviro,met and producing local events and festivals that showcase Houstons local talent. After only two years my buisness now operates, TheExcitable One Studio, which is a commercial recording studio I've been building up since I discovered that the only career path I could ever find happiness in was not something currently being taught at the university of Houston. So my passion for music became the only clear way forward in life and despite the astronomical chances of failure that I was going to face by attempting to make a career in the music industry, I took a $5000 gamble and bought my first studio equipment. It's been years since then and I've come a long way but I still have a long road ahead of me before I actually make it. Whenever I'm not doing something related to music I like to longboard, Play with so,e friends on Xbox or PC, Drive around Houston, Mine for Crystals in Arkansas, Watch shows/movies based off of comic book characters, Read about Quantum Physics, Collecting concert posters, Traveling around the world and collecting different flags, Going on cruises(25 so far), Gardening, Launching rockets, Looking at existemce through a microscope or telescope, listening to the memories of someone who lived long before I was born, Playing & watching baseball, growing my buisness, and lastly meeting new people. 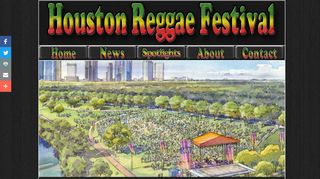