Create My Account
Quick Links
‹ Back to directory
CR

Christopher is available for projects.

Christopher Randolph, Proud Co Founder of The Sportz Dreamz Foundation and former CEO of Randolph Healthcare Corporation, was one of the original pioneers of the revolutionary discount health card industry in 1994-2003. By 1997 Chris acquired Healthcore Medical Solutions, a publicly traded NASDAQ (HMSI) competitor. Before Randolph Healthcare was sold in 2002, it was ranked as one of the top discount card providers in the nation. It also handled administration for some twenty competitors and a number of large insurance carriers. Randolph Healthcare was used by over 4.5 million employees of companies including West Communications, Kelly Services, Express Personnel, Westaff, Christian Broadcast Network (CBN) viewers, Hearst Publications, McDonald's, Taco Bell, Pizza Hut, KFC, Nuskin, and Cendant. Christopher continues to consult with former competitors, including Gallagher Heffernan, USI Brokerage, UICI, and Anderson. In 2003 Christopher founded Godspeed Communications LLC, a technology, administration, and compliance solutions company for non-profit organizations. Thereafter, he Founded The Sportz Partnerz Agency & The Sportz Dreamz Foundation. Both of which were Co-Founded with Pro Sports Legends Kevin Smith, Terry Glenn, Eric Hill, Dixon Edwards, and Santana Dotson. With the loss of his closest friend, Terry Glenn in Nov. of 2017, Randolph Founded "THE" Terry Glenn Foundation with the support of 83 of his former teammates and family members. Most recently, in 2018, he partnered with Henda Salmeron to continue the crusade of Dense Breast Tissue Awareness that originated in 2011 with the historic passing of Texas HB-2102, Henda's Law. Chris’ primary residence is in Dallas' Turtle Creek. Chris has two daughters Peyton and Piper. Peyton, will graduate Texas State December of 2018 with a Double MAjor in Chemistry and Biology, she is only 19 years of age. Piper is 16 years old and has become a nationally recruited athlete in fast-pitch softball. 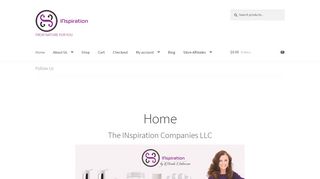